JUAN LUCAS ALVAREZ IN THE NEWS

The family of a man shot and killed while trying to steal a jet ski from a Miami Shores home filed a civil lawsuit Wednesday against the parents of the teen accused of shooting their son.

The lawyer for Reynaldo Munoz Sr. and Caridad Lopez said they know their son, 20-year-old Reynaldo Munoz Jr., made a mistake but didn’t deserve to die in the May 21 shooting at the waterfront home of Jeffrey and Yasmine Davis.

“[Munoz] used poor judgment that day and was engaged in trying to steal a watercraft,” attorney Juan Lucas Alvarez said, at a news conference to announce the lawsuit with Munoz Sr. and Lopez. “He paid for that crime with his life, the law does not make someone pay for a potential grand theft with his life.”

Miami Shores Police said Munoz was shot by the Davis’ 14-year-old son as he tried to escape with the family’s jet ski. In a 911 call of the incident, Yasmine Davis told the operator she was the shooter, but was overheard telling someone to shoot the intruder.

Davis also told the 911 operator Munoz, who according to his parents was deaf and mute, told her that he had a gun and that’s why she shot. The only gun found at the scene was the one that killed Munoz.

The Davis’ attorney, Jeffrey Weiner, said the lawsuit is without merit and he expects it to be dismissed.

“This was a tragedy for everyone involved, but the fact is that the young man put the Davis family in fear and the shooting was justified under the law,” Weiner said.

The lawsuit claims negligence and vicarious liability on the part of the Davis parents. 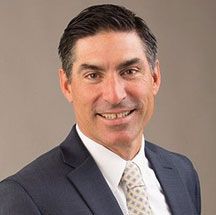